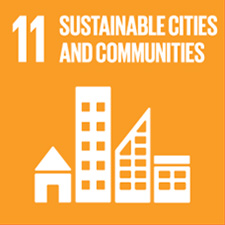 'Sustainable Cities and Communities’, aims to make cities and human settlement inclusive, safe, resilient, and sustainable (United Nations, 2019). Cities all over the world must be able to manage rapid urbanization, which leads to environmental challenges such as reduced land availability as a result of urban sprawl and increased vulnerability to natural disasters.